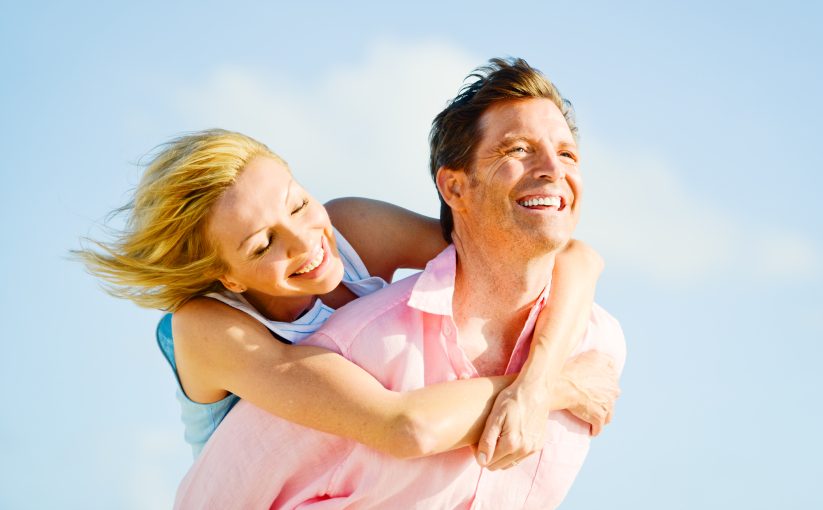 To get started I guess I wanted to just open up and give you all a feel for what I really intend when using the phrase ‘grow young’ – kinda lay out the terrain a little – and also define what might be meant when I talk of a 360° view of health and wellbeing.

Certainly the implied paradox is that we can actually grow younger, right? Though of course we all know that life and time all tends to flow in one direction, well unless your name is Marty McFly and you have a pretty specially adapted Delorean it does! So naturally the reality is that you will not simply be able to functionally go back to age 25 – that is not the implication here. But what does appear to be possible is that we are able to impact on the rate of aging and also on what could be called the biomarkers of age*: those funky little bodily sign posts that might indicate where you may be on the journey. C’mon we’ve all engaged in or been the subject of comments such as  ‘Aren’t they looking good for their age’ or ‘Boy they sure haven’t aged well!’  That’s simply our own quick way of scanning for some of those biomarkers, some visible signs, and then making an assessment.

Though lets be clear what we’re talking about here is not simply about altering how old or not you look externally, as those signposts are evident right through that body you’ve been loaned, so simply trying to ‘young up’ the outside is not ever going to be a way to bring about that 360° wellbeing. Only working on the package to make it look younger will do zip for disease prevention and the same for your mental health. Still at least you’ll look great for the funeral, right?

Also while we’re on this subject of terminology I wanted touch on one that’s commonly used in this area and that is the area that’s become known as anti-ageing. It sure is an appealing idea isn’t it? I mean who wouldn’t want that? Wind back the clock to … what, 25 maybe 30 years old? This time with a hopefully wiser head on all that prime beef? We wish! But  please get this: the reality is that whilst that notion creates a suitably desirous mind state for clever marketeers and retailers to sell you a seemingly unending array of products and services, you simply will not truly anti-age. Uh Uh! Nope! Not ever. I’ll be writing about, quoting and interviewing many of the leading researchers into aging and longevity and aiming to bring you the reality of what we know works rather than take you all on an extended stroll to Shangri-la right past all those ever so helpful snake oil sellers.

So what is it that Grow Young is about then? And while we’re there what the heck does 360° health and wellbeing actually mean?

Well frankly we’ve already kinda covered it, meaning it’s about trying figure out fact from fiction. It all started because I was simply interested in what interventions might really work and found myself down the rabbit hole that is the anti-aging marketing machine – an industry which worldwide turned over just shy of US$250 billion in 2013. And as we all know money talks and that much money shouts very loudly indeed to get your attention. Trying to get to the truth requires more than a little determination and some unbiased expert advice. I’m aiming to provide both here.

In my quest for truth I looked at all the programs I could manage to find and though some are very good indeed, to date I haven’t yet encountered a program that covers all of the areas that research points to as being vital to total wellbeing. They all seemed to miss at least some or for that matter several things out. Some were all about the physical stuff (you know eat well and exercise), others went down the more spiritual or ‘new agey’ routes and yet others were paeans to modern psychology. All of them have value but fundamentally missing some key ingredients.

And what might those magic ingredients be? Well guys and girls you will have to stick around to find that one out. It is not a simple answer just like we are not simple creatures. That said if you do want a simplified version (and let’s be honest who doesn’t?) of the program then it may well go like this:

I know it’s still a little vague but I hope you got some clarity from my musings and I promise to make the next post a far more fact filled adventure for the both of us.

* Just for clarity. Most scientists seem to agree that there are no clear age-specific biomarkers meaning there’s no ubiquitous physical indicators common to all or that we show a specific physical sign of being say 42. You can’t cut us open and count the rings like you can a tree. But we all do know the business of estimating age from physical signs and that’s what I’m really intending here.