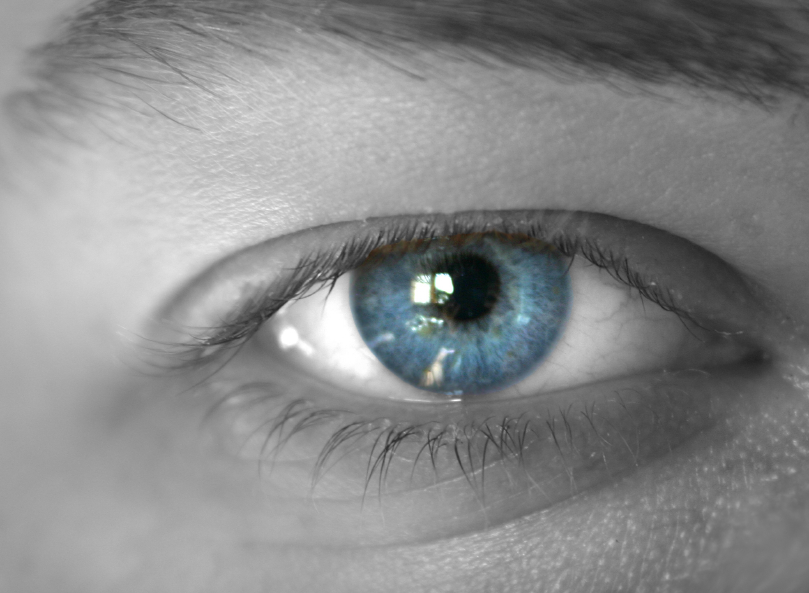 I’m wondering how many of you on the downhill side of forty reading this are still able to do so without any outside assistance these days? Now sure this may have always been the case for some of you, but somewhere towards the middle part of this great mystery of life many of us inevitably begin to notice that the morning newspaper seems to need to be just that little bit further away each day to read that ever harder-to-read print, until one day mysteriously those arms of yours just simply don’t seem to be long enough anymore. And that friends can mean only one thing … glasses time! Or does it?

Look some of you may well have managed to side step that gentle decline into blurriness which accompanies most of our trajectories into later age, but the reality is that the where-the-heck-did-I-put-them-this-time spectacles pat down becomes a growing behavioural norm for the most of us as we head on through the journey from birth to … well, you know, the other end of the line.

There can be a number of reasons why we may gradually lose our vision as we age and there are often steps we can take to help prevent this or at least slow it down some (more on this later!), but it’s vital you also make sure there’s nothing going on disease-wise in those magic little globes in the middle of your face.

It certainly can be that sometimes that slowly diminishing sight may have little or nothing to do how many birthdays you’ve celebrated, but down to all manner of easily treatable conditions such as blepharitis – an inflammatory condition of the eyelids – or what is commonly known as dry eye disease. Of course there’s a whole host of other less palatable yet still manageable conditions such as glaucoma, macular degeneration and cataracts, but with all of them early detection is your best bet for successful treatment and for this you’re going to need the services of a decent eye specialist. Yes, friends, back to that good old expert alliance I’ve spoken about so many times before, and to make it easy for you to know just who to consult, for the most part this variety comes in three handy flavors:

1. An Opthalmologist who is a medically trained eye MD and is the person who can diagnose and treat all manner of disease, perform surgery plus prescribe and offer all the vision correction doodads such as lenses, glasses etc

2. An Optometrist who is a healthcare professional with extensive training but they are not a medical professional. They can test and fit for vision correction and to some degree prescribe.

3. An Optician who is a technician trained to fit vision correction devices prescribed by the above. They cannot diagnose or treat any conditions.

All that said the reality is that the actual lens in the middle of the eyeball, which is similar in function to the lens in your camera (though unlike that materially in that yours is composed of a flexible biological material) is simply prone to just getting old and a wee bit stiff over time (hmm sounds familiar huh?) and consequently the poor little guy just finds the job of constant expansion and contraction to enable a bright and clear focus ever more difficult. Eventually we end up with the age related near-sightedness we know as presbyobia. That prefix itself derived from the Greek presbus meaning ‘old man’ kind of gives the whole game away somewhat.

So to me, once we’ve appropriately covered the area above and paid dutiful homage to our medical ally, there now appears to be a kinda two part question: Can we do anything to improve our vision? And if so, then what? Look we all know these days that naturally enough all of the areas of a general healthy lifestyle we’ve covered so far will all impact positively – a good diet of whole nutritious foods, exercise, emotional health and the rest all help to create a healthy whole. But I think what’s most interesting to ask here is: Are there specific interventions, exercises, supplements and so on that are actually proven to work? As you know I’m no medical expert myself but fortunately for us I sure happen to know a few, so let’s turn our attention over to them for a bit.

There’s been a great deal of speculation about certain dietary supplements such as lycopene and carotene which have been linked with improved vision, but as we’ve already touched in other posts, taking nutritional elements out of context and often in high doses is not a proven route to better health equally nor is it to better vision. In 2013 the National Eye Institute at the NIH published the second phase of a massive bit of research called the Age-Related Eye Disease Study (or AREDS) announcing that while

‘high levels of antioxidants and zinc significantly reduce the risk of advanced AMD (age-related macular degeneration … These same nutrients had no significant effect on the development or progression of cataract.’

And at the same time they reported there’s also no evidence to suggest that they may have a preventative effect. Dr. Emily Chew, the lead author of the study went on to say,

‘Only if you have those yellow spots (visible on an examination) do supplements work for you. You really have to be at that intermediate stage.’

And while the temptation may be to gobble down as much as possible of the latest must have supplement, the reality is not only is it unclear whether what you believe you’re paying for is actually even in the magic bottle or in sufficient quality or dose strength, but it may not actually be what is known as bioavailable – meaning able to be suitably converted for  appropriate use by your own inner metabolic factory.

Professor of nutrition at the department of ophthalmology and visual sciences at the University of Wisconsin School of Medicine, Julie Mares, has studied the link between nutrition and eye health for more than a decade and she lays out the solution pretty neatly saying,

‘We know that our body processes nutrient easier when it is given in the form of food rather than as a supplement.’

It’s clearly a thorny area and whether you wish to invest in a little extra to hedge your dietary bets then I’ll leave that entirely up to you guys and your healthcare ally.

Ok, so clearly supporting the eye by maintaining our general health is going to be helpful but what about sending the little round guys to gym? I mean it’s all just muscles and stuff and just as we can hone and improve our physical fitness, surely we can do the same with our eyes, right? Well it can seem so but for many this is a thorny topic and one which understandably pits the vision training industry as very much on an opposing team to much of the ophthalmic profession. In a 2008 meta-analysis published in the Journal Opthalmic & Physiologic Optics  the main observation appears to be that whilst there appear to be some fascinating success stories, on the whole there is a disappointing dearth of quality research and as a result,

‘a large majority of behavioural management approaches are not evidence-based, and thus cannot be advocated’

So not saying they’re entirely useless but simply that for many there isn’t sufficient quality proof. What does appear true is that it is very much the wild west out there and even the briefest trawl of the interweb throws up a dizzying number of results. A quick google of ‘eye training’ returned over a stunning 371 million hits! While some will possibly hold real potential, the sad truth is that there are also a load of folks who are more likely interested in the contents of your credit card than your glowing good vision. And though few, there have been some successful prosecutions regarding misleading and unproven claims most notably in 2007 when the See Clearly Method was removed from sale following a successful prosecution in the Iowa courts for fraud.

It was a itself largely an adaptation of yet another highly popular eye improvement methodology known as the Bates Method, an holistic eye training developed by the early 20th century eye-care physician W D Bates. It too has come under it’s own share of flack for a lack of good science but it has also a significant tranche of vocal supporters and notably among them the highly regarded neuroscientist Norman Doidge. I myself went to a Bates trainer for just over a year and have to say I did appear to have some small improvement in close vision. Though whilst subsequent tests at the optometrist didn’t record any substantial positive changes, interestingly I certainly didn’t show any negative change.

For yet another view on vision improvement, this time scientifically validated and using our marvellous brains own capacity for change and transformation, then check out the work of Professor Aaron Seitz of University of California Riverdale (find my interview with Aaron here) whose lab produced the UltimEyes program, a five buck app which is proven to offer precisely that positive change we all seek but this time without the hefty price tag. As an aside this is in itself often a good start point in sorting the hucksters from the real deals – if it seems a lot of cash up front without any good evidence then buyer do beware!

It appears as the aforementioned Professor Doidge has himself pointed out in his recent book The Brains Way of Healing, possibly the biggest potential area for positively affecting our vision may very well lie in our grey matter rather than the eyeball itself as the world of science gets fully to grips with the astonishing potential of neuroplastic change. It seems it is very likely that a great deal of our vision loss may not entirely be about the sensor itself (meaning the eye – though undeniably that must be considered in any whole person approach!) but about how that signal is being decoded by the jello upstairs, and there are now some well documented and stunning success stories with vision restoration and rectification being brought about by neuroplastic methods. Professor Seitz’ lab is currently one of many producing neuroplastic gaming technology to improve our visual ability and doubtless there’ll be more to come on this.

‘These … ideas … have been dismissed in the West due to a lack of understanding of plasticity, brain circuitry, the role of movement in vision, and the fact that the brain is so connected to the body. I argue only that the natural vision principles … can be applied far more widely than is done now, from the milder problems of those who have blurry vision to more serious ones, and to prevent future vision problems.’

One Comment on “now you see it … can we fix a failing eyesight?”